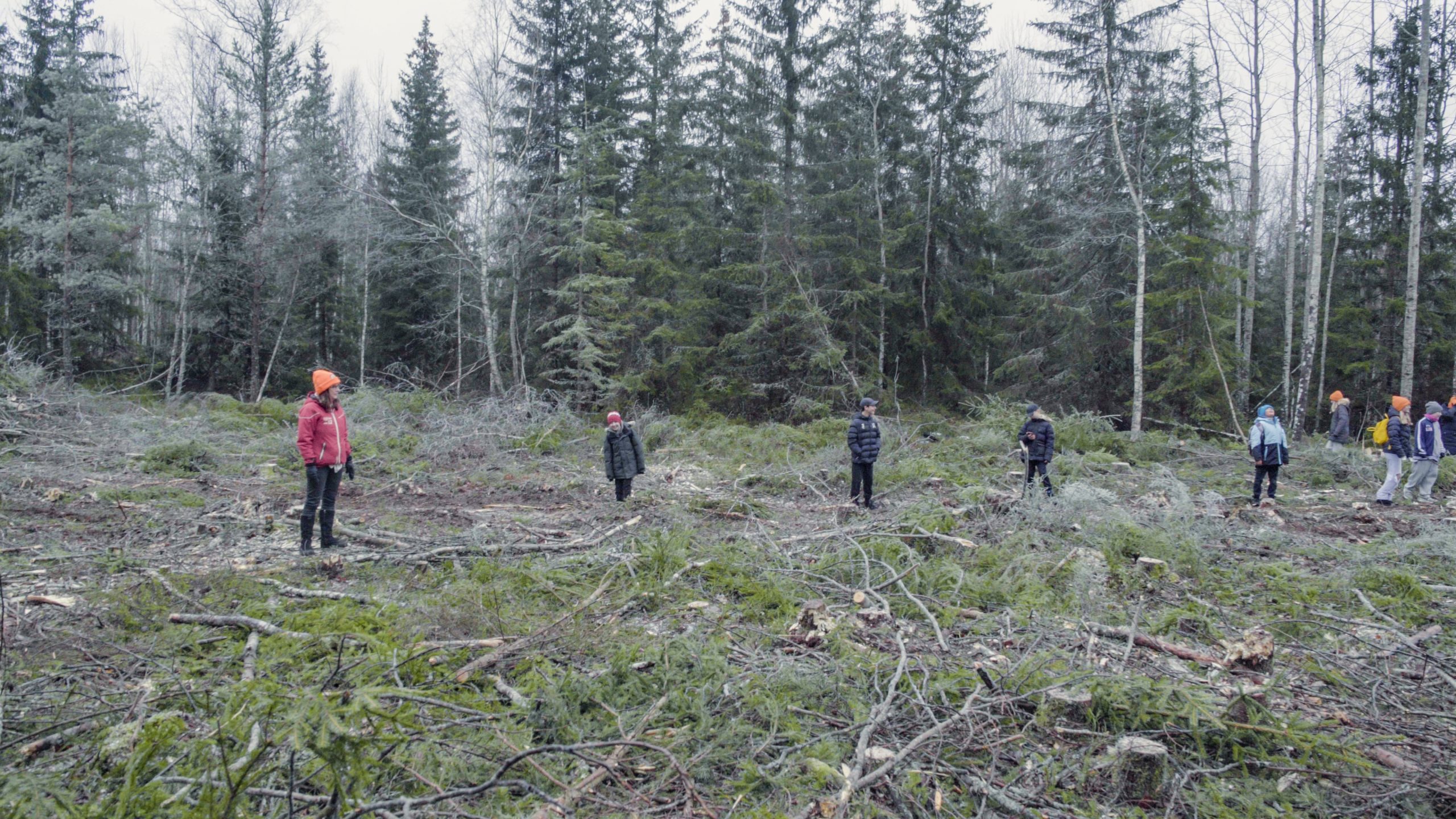 The video shows a collective performance with children from Hagaskolan in Vallentuna. The performance was part of a one year long participatory and performative process that My Lindh had carried out in the forest of Kristineberg in Vallentuna. Lindh, together with children from class 5b in Hagaskolan, approached the pine by testing the extent of their own bodies in relation to the pine. What happens in the meeting between the forest and the human, how much time and place does a human take and how far does a pine tree reach? 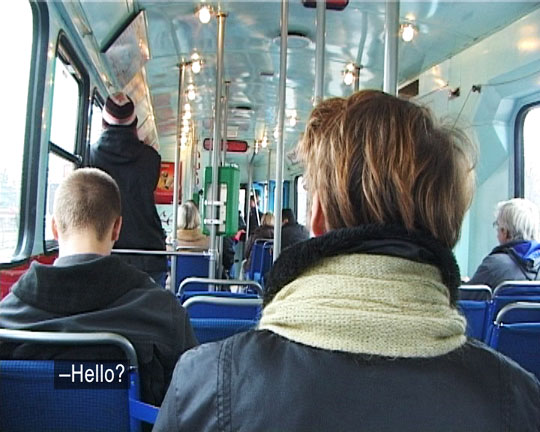 The video takes place on a tramcar in rainy Gothenburg where one can see and hear a woman speak loudly on her cellphone. She says that she is in Paris, sitting in a cab on her way to the Eiffel Tower. She describes the beautiful spring weather, shouts out loud when passing by the Arc de Triomphe and speaks French to the taxi driver.

The video is part of the Filmform – The Art Film & Video Archive. 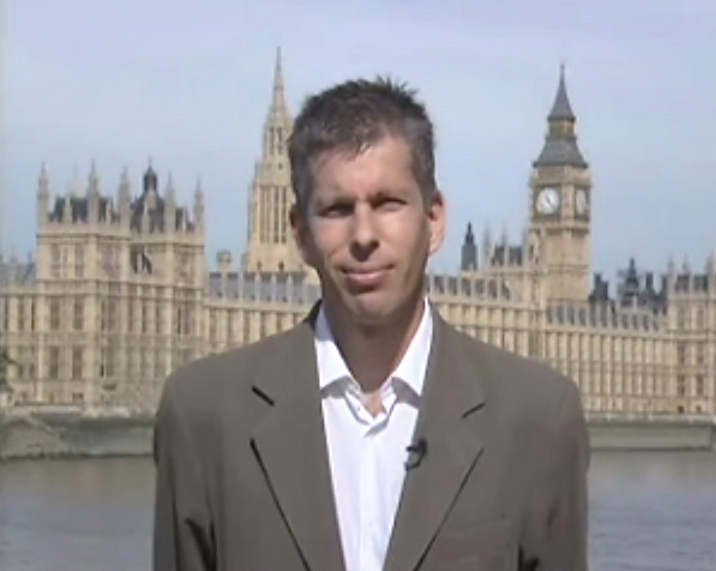 A news reporter presents live studios on different locations of the world. The appearance of the news reporter remains more or less the same, but the background changes. Sampled material from AP Television News promotion videos for rentable live studios all over the world. 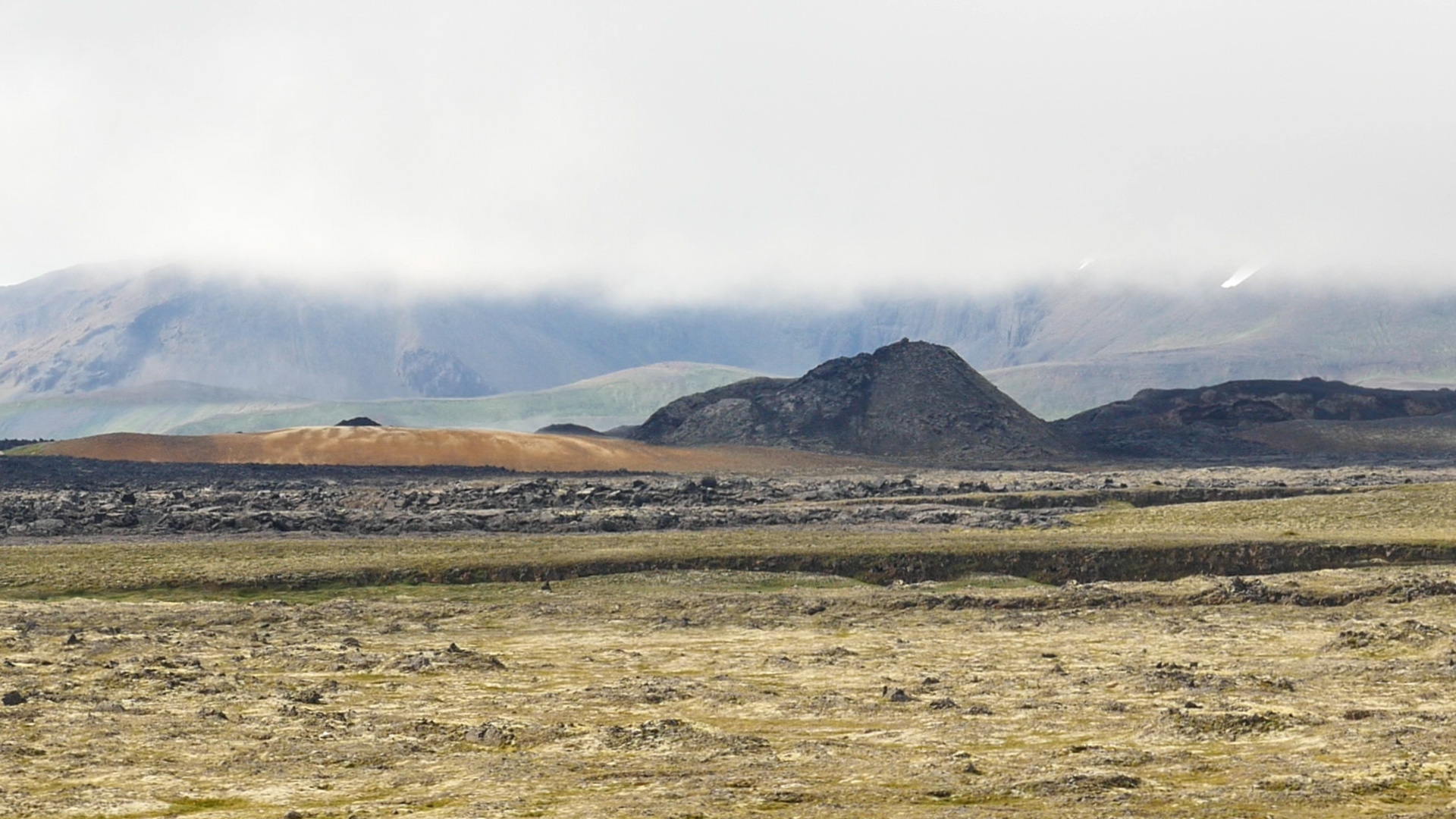 My Lindh’s film Nordic Panoramas, Landscape No. 1 is the first in a series of planned video works. It portrays a landscape. This happens to be an Icelandic landscape, and as such an essentially stereotypical image. At first, it appears to be a still image, a postcard, until some slight unremarkable movement reveals that it is a film. The image slowly slides horizontally, but panning in two different directions. In this translation of quiet dislocation, the embodiment of a landscape starts to disassemble itself through a study of origin and nature. And the film seems to ask whether the very idea of a landscape is a construction. There is a passage by Simone de Beauvoir that comes to mind, where she writes how she would like to become the landscape in front of her: “I should like to be the landscape which I am contemplating, I should like this sky, this quiet water to think themselves within me, that it might be I whom they express in flesh and bone, and I remain at a distance”, she writes. “But it is also by this distance that the sky and the water exist before me. My contemplation is an excruciation only because it is also a joy. I can not appropriate the snow field where I slide. It remains foreign, forbidden, but I take delight in this very effort toward an impossible possession. I experience it as a triumph, not as a defeat.”

—Jonatan Habib Engqvist on Nordic Panoramas, Landscape No. 1, in his text Impossible Possession, written in connection to an exhibition and a screening at Slakthusateljéerna and Iaspis – The Swedish Arts Grants Committee’s International Programme for Visual Artists in Stockholm, August 2015 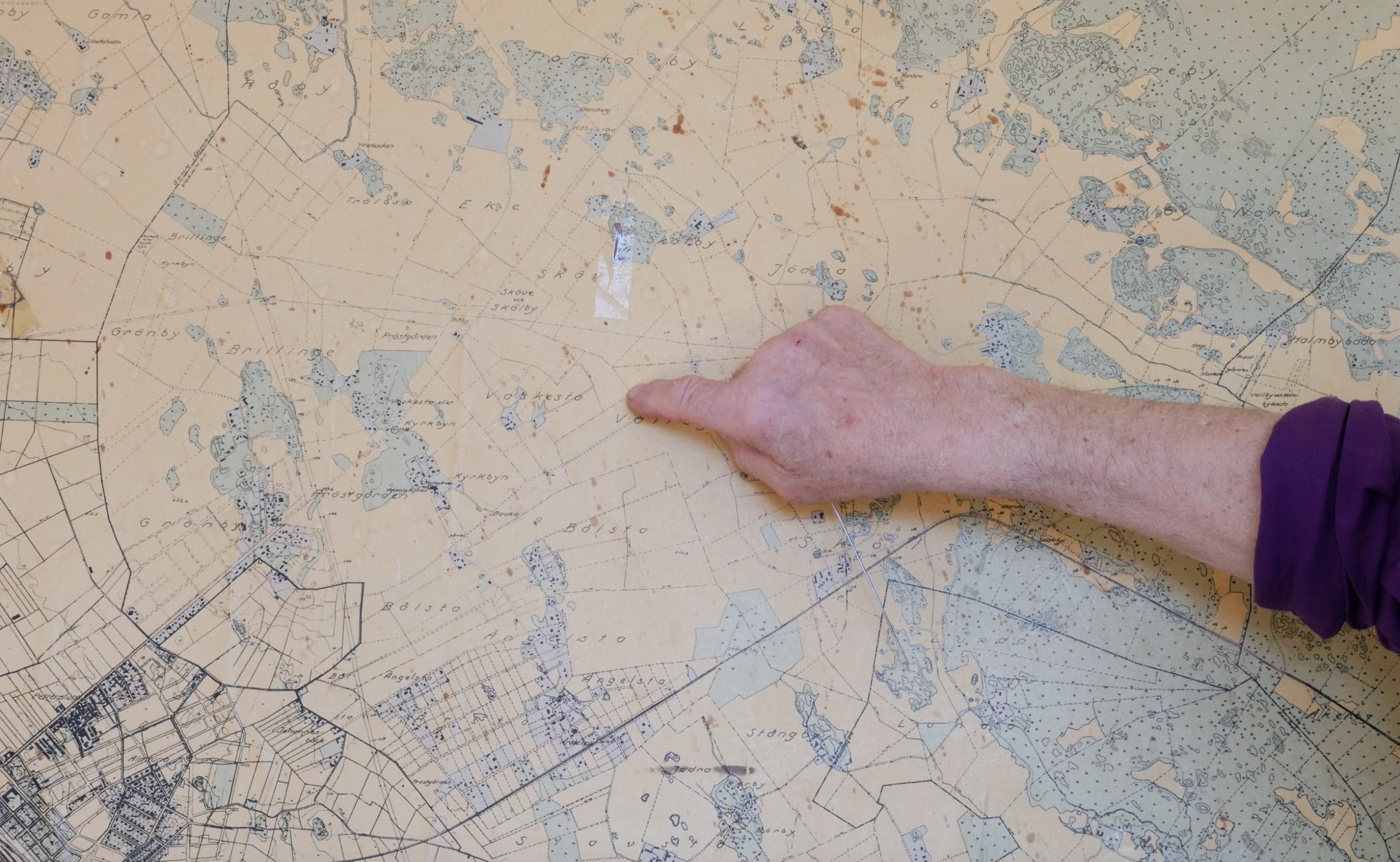 The video portrays Carl-Birger Sveidqvist, a retired farmer who has lived in Vaksala / Gränby outside Uppsala, Sweden all his life. Carl-Birger has great knowledge of the area’s history and know every rock and tree. In the video, he talks about how the landscape has changed during his lifetime. Gränby / Vaksala is a region with strong contrasts. Gränby Centre is Uppsala’s largest shopping center and is located in what was previously farmland and cultural district, just a stone’s throw away from Vaksala Church, one of Uppsala’s oldest churches. The area is rich in ancient monuments and several rune stones has been found nearby. Now several major construction sites are planned in the area.

The Oak and the Milk Barrow is part of the Uppsala Municipality Art Collection.

Camera and editing: My Lindh and David Andrén
Special thanks to: Carl-Birger Sveidqvist
Made with support from: Uppsala Municipality 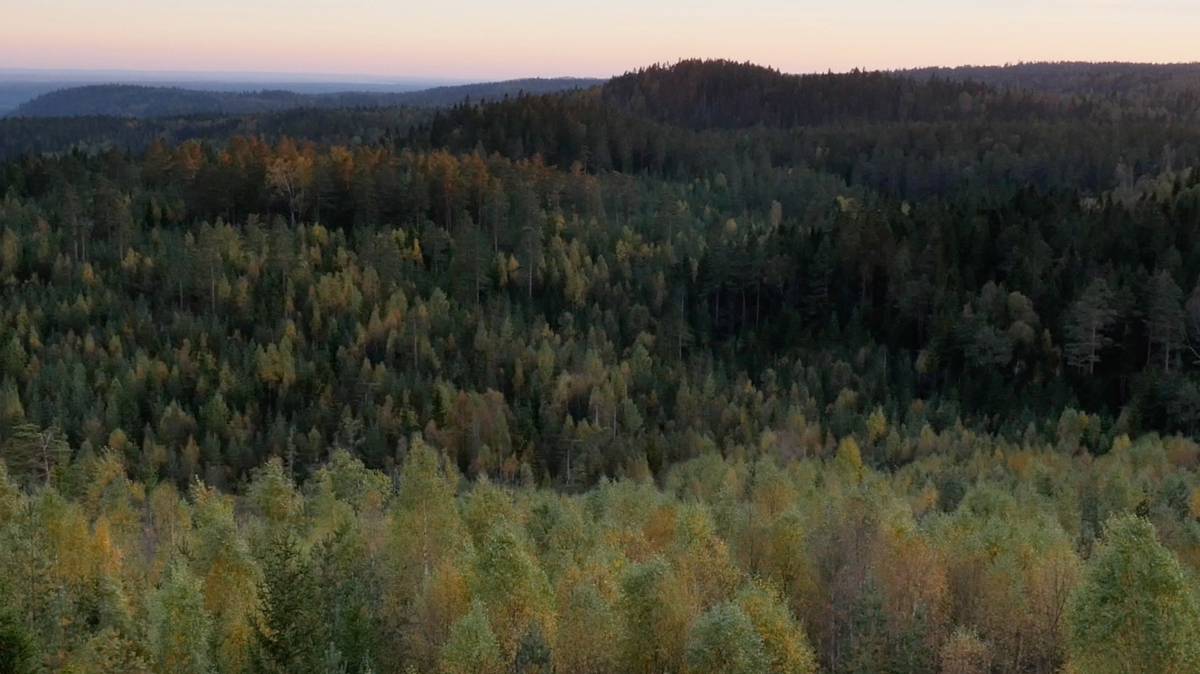 Nordic Panoramas, Landscape No. 2 shows a vast forest where the various layers move slowly in lateral directions, while the wind blows in the trees and the sun is lowered behind the tree tops. The mighty landscape almost gives the impression of a living creature.

Nordic Panoramas, Landscape No. 2 was shown at the Luleå Biennale 2019, in the programme In the Light of Day I Can’t Remember It That Well, curated by Filmform – The Art Film & Video Archive. 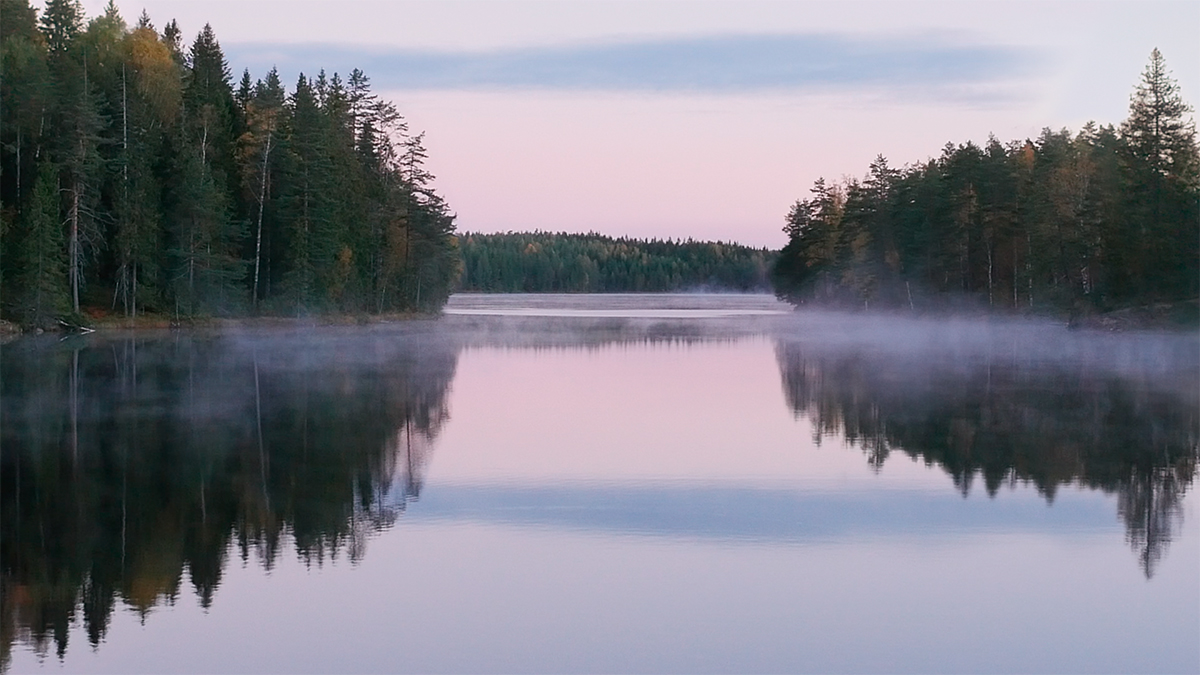 Nordic Panoramas, Landscape No. 3 shows a lake in which the dawn mist rises. Two dark forests slowly move towards each other and then slowly distance themselves from each other again.

Part of the collections of Västerås konstmuseum, Gävleborgs län and the Public Art Agency Collection